The trial period has expired please purchase if you like to continue using the theme.
An interview with a FearLESS programme coaching graduate

How investing in yourself leads to shifts and breakthroughs in ABUNDANCE

I am so happy to introduce you to Augustine Tse, a recent graduate of the FearLESS, Empowered and Free to be ME coaching programme.

For Augustine, life before the FearLESS programme was limiting. He was earning just £800 a month and was attracting physically or emotionally unavailable people. He felt he didn’t have a clear sense of self or direction for where he was going and new that he drastically had to make a change and take control of his life.

He used to be in a very good place financially, he was an elementary school teacher in Hong Kong earning good money and having his house paid for. But he hated what he was doing and felt trapped and forced into a position that didn’t feel in alignment with him. So, he quit and moved to the UK. But this left him living on his savings and in an unstable place financially.

This was where he found Rozy.

Making the decision to invest in himself and do the coaching with Rozy was a BIG leap. He would have to use resources that he simply didn’t have to do the programme.

He had reservations around the investment that doing the FearLESS programme would mean, but he also knew that if he didn’t go for it, he would be in exactly the same place in 3,6 or even 12 months’ time. He knew he had to go for it.

“I didn’t have the full amount when I began working with Rosanna, but the great thing about working with her is that she recognises that you are making the investment in yourself and meets you with payment plans and flexibility.”

When he came to Rozy for the coaching he was looking for love and healing after breaking up with his ex-partner. The first breakthrough realisation that he made was that in order to attract a sacred union partner, he first needed to become his own sacred union partner from within. He needed to align to achieve what he wanted.

He learnt that because he was in a financially unstable place, it would be difficult to attract a financially stable partner, which was what he wanted. So, he pivoted his goal to align with financial abundance, confident that love would follow.

The second thing is quite magical...

“When you start, you don’t really know where the money is going to come from, but you will find that as you have set the intention the money begins to come in gracefully. Suddenly a check comes in from somebody, or a payment comes from somewhere and before you know it, each payday you are attracting more and more abundance.”

So, what’s changed as a result of the four month FearLESS, Empowered and Free to be ME programme?

Things have changed massively in a positive and magical way. Before the programme, I could never have imagined that I would be where I am now. Even my mum and friends are like “Are you kidding me?”, “Are you really where you’re at right now?”.

During the coaching programme I developed so much trust within myself and I gained so much clarity on what I want and who I am. Once I gained this clarity things started to show up that were in alignment with what I want and who I am. I am now a Breakthrough Coach for a company and my income has increased by 900%. I am now earning a consistent 10K per month gracefully and easily.

In terms of the people that I am attracting romantically right now, they are very stable, and they are available as well.

Augustine is 27, clear on his soul purpose and life path, earning a consistent 10K a month, and is attracting all that is aligned with him. WOW. This is absolutely ground-breaking.

Augustine’s biggest advice to those taking the programme...

"Your fear, your doubt, your questioning about whether it is right for you will come up in many different forms to get you trapped in where you are. Even if you want to do this your ego self will tell you “NO, you’re okay where you are”. But this is exactly why you need to do the programme. Say for example that the biggest resistance is money, this is why you need to leap and do the course, because this is what will immediately start showing up for you.

Take a leap of faith. The only thing that you will regret is that you didn’t find Rosanna three months earlier, that is what I guarantee you."

If you are always waiting for the right time, that will never come, you need to make the commitment first and then all of the doors will open.

It’s time for YOU now.

The first step is to book a breakthrough call with Rosanna by clicking here.

Read more on the blog...

Why now is the best time to get FearLESS, Empowered and FREE to be... the authentic powerful YOU

FearLESS, Empowered and FREE to be me - What's it all about? 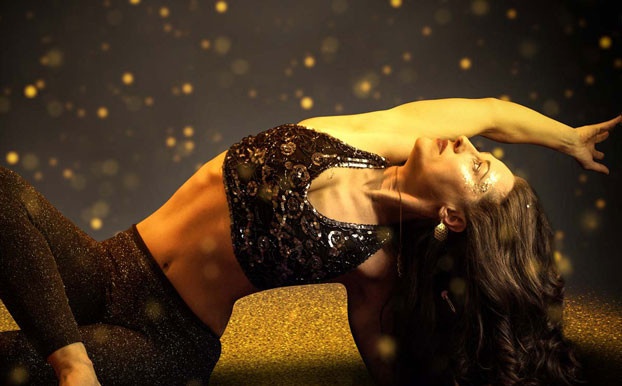